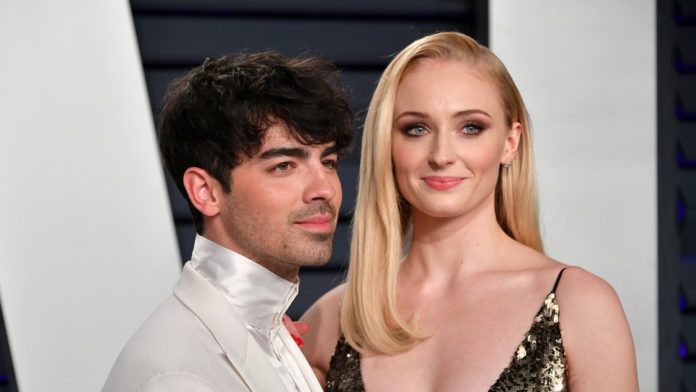 Game of Thrones star, Sophie Turner and her fiancee Joe Jonas – one of the Jonas Brothers – have secretly tied the knot in Las Vegas.

The couple, who got engaged in October 2017 secretly got married at a Las Vegas wedding chapel shortly after they attended the Billboard Music Awards on Wednesday.

Sophie donned a white jumpsuit and a veil as she walked down the aisle to meet a suited Joe Jonas waiting for her at the altar.

Joe Jonas’ wedding makes him the last one of the Jonas Brothers to get married.