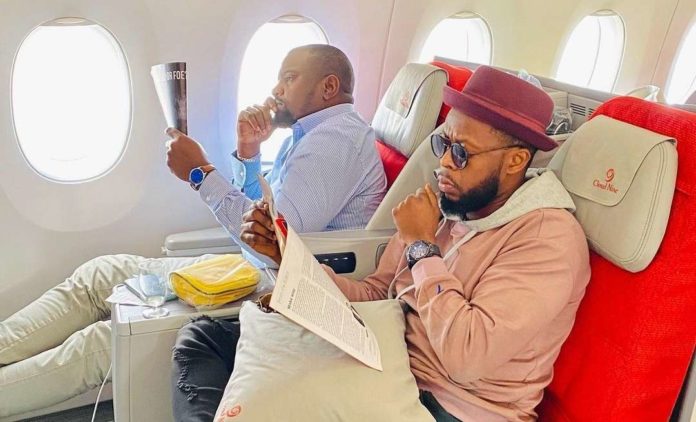 Ghanaian comic actor Kalybos says attempts by himself and other colleagues, who broke ranks with John Dumelo to campaign for the NPP, to reach out to him has been unsuccessful.

Many felt the decision to storm his constituency with other creatives to campaign against “their own” was distasteful. Fuelling rumours they do not support their kind.

Others also thought the likes of Kalybos might have strained relations with the failed MP hopeful after the polls.

Well, Speaking to MzGee on 3fm’s Showbiz 927, about his relationship with John Dumelo after the elections, Kalybos revealed all attempts to reach Mr. dumelo has proved futile.

“Most of us who are close to John Dumelo can attest to the fact that we have been trying to call him or text him but all to no avail. We are very cool and there is no problem at all.”

Kalybos then said it is hypocritical on the part of some creative folks to pitch him against John Dumelo just because he disagreed with his politics.

“The fact that I belong to party B should not mean party A should be my enemy. John understands it perfectly, so the creative arts who came out at us, banging us with lots of insults – their action brought out the hypocrisy in them. It was not a shade to James Gardiner, I know how James supports John. We had even spoken about it.” He explained.