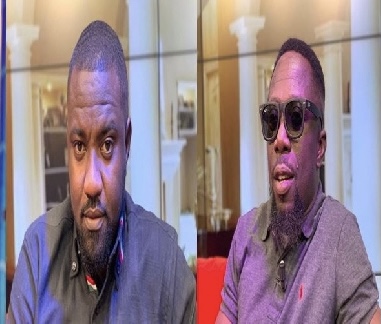 Ghanaian actor and political activist  Clement Bonney known within the creative industry as Mr. Beautiful is raising issues with the outcome of the elections in the Ayawaso West Wuogon constituency where his colleague John Dumelo lost to the incumbent Lydia Alhassan.

Speaking to Zionfelix at an event organized by fast-rising artiste Nautyca, the actor revealed that the election results which were projected at the constituency were flawed and does not reflect the actual votes cast for his party folk John Dumelo.

The actor reiterated that the warm reception from the electorates during his door-to-door campaign with the parliamentary aspirant was a positive indication that he had won the election.

“John Dumelo won the elections but something went wrong in the process which resulted in his loss. The ordinary Ghanaian at Ayawaso West Wuogon constituency voted for John Dumelo. Judging from my door-to-door campaign with John from morning till evening, the reception was a true indication that he had won but as I said something went wrong post elections.”

He added that the decisions of Kalybos, Bibi Bright, to storm the constituency to campaign for the incumbent should be respected because it is their right to do so although he was not very happy about it.

“It is politics and you don’t rubbish anybody’s decisions. They made their decision which they think is good for them. I didn’t like it when I saw it but it is their right and responsibility.”