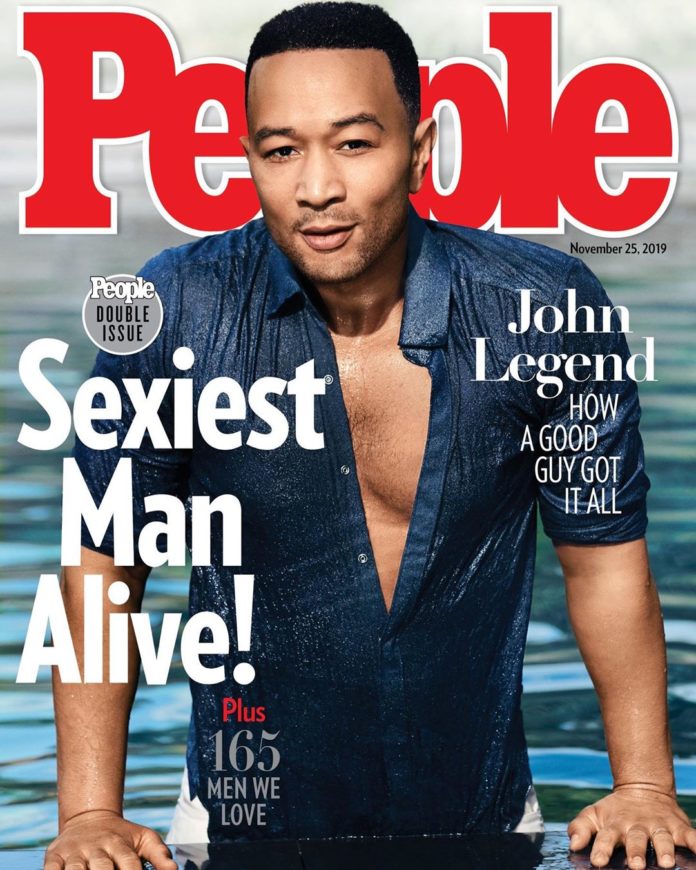 Multi-talented American singer, John Legend has been named by People’s Magazine as the “Sexiest Man Alive” for 2019.

The announcement was made by Blake Shelton who was given the title in 2017, on Tuesday’s episode of “The Voice” where they are both judges.

“It is my duty to formally introduce the next ‘Sexiest Man Alive,’ ” Shelton said.

“He just so happens to be here tonight. Ladies and gentlemen, the man, the myth, the Legend: 2019’s Sexiest Man Alive. You already came into this show with an EGOT. And, then you won ‘The Voice,’ so it became a VEGOT. Now you have a VEGOTSMA,”.

Shelton went on to give Legend a pair of shorts bedazzled with “EGOTSMA,” an acronym symbolizing Legend’s big wins plus the latest addition: Sexiest Man Alive.

Speaking about the sexiest man honour, John said: “I was excited, but I was a little scared at the same time because it’s a lot of pressure, everyone’s going to be picking me apart to see if I’m sexy enough to hold this title. I’m (also) following Idris Elba, which is not fair and is not nice to me!”