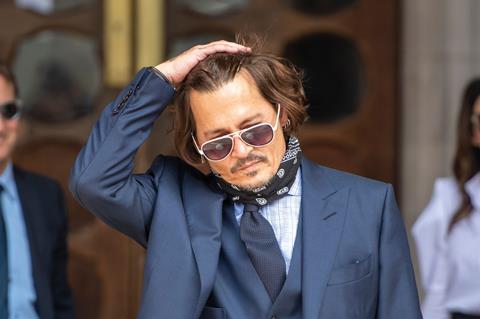 The UK Court of Appeal has refused Johnny Depp permission to challenge a High Court libel ruling involving an article published by The Sun, after finding that none of the criticisms levelled at the judgment had a real prospect of success.

The Hollywood actor sought permission to appeal against the dismissal of his claim for libel against News Group Newspapers and one of its journalists in November. The claim was based on a story in The Sun which alleged that he had beaten his ex-wife, Amber Heard.
After a three-week trial in the Royal Courts of Justice last year, in which both Depp and Heard gave evidence, Mr Justice Nicol found that allegations that Depp had assaulted his former wife were ‘substantially true’.

In a judgment handed down today, the Court of Appeal said the hearing before Nicol J was ‘full and fair’, and said the judge ‘gave thorough reasons for his conclusions which have not been shown even arguably to be vitiated by any error of approach or mistake of law’.

It concluded that the grounds of appeal, as developed in the skeleton argument and oral submissions, do not hold any real prospect of success.

Jeffrey Smele, partner at media law specialists Simons Muirhead Burton who acted for The Sun and journalist Dan Wootton, said: ‘Today’s decision fully vindicates The Sun’sjournalism, and also Amber Heard who stood up to Mr Depp in the face of his repeated attempts to silence her.