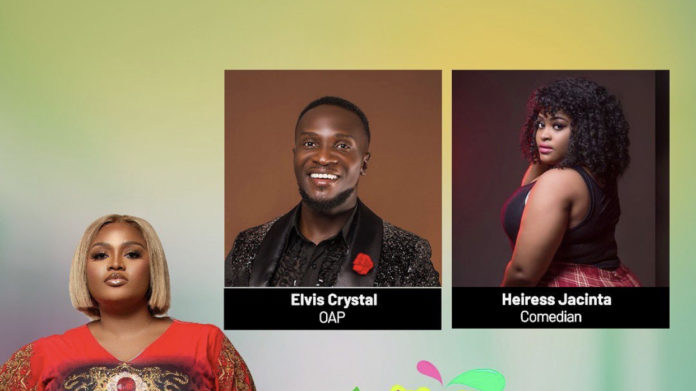 For most people, when they think of sexual harassment their mind immediately jumps to an image of a woman being harassed or propositioned by males be it her male coworker, supervisor or boss.

But the Asaase radio presenter who joined MzGee on “Just Being Us” insists men being harassed by women indirectly is real.

Citing his experience from the gym where he gets inappropriate touches from women accompanied with comments suggesting admiration.

The heavily built gentleman then argued that usually when women do these to men it is seen as scholarship but if you do not like it, it can be seen as some form of harassment.

But Comedian Heiress Jacinta disagrees, according to her there is nothing wrong with women admiring men in the gym and added it is very different the blatant harassment women are subjected to on the daily.

Watch the exchanges on the show here