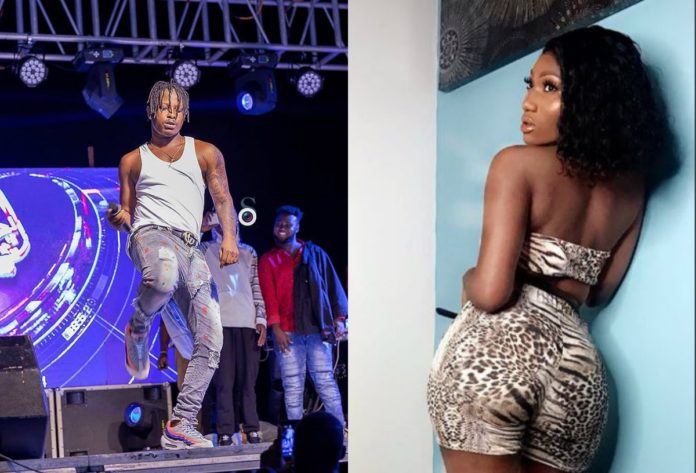 Sultry Ghanaian singer, Wendy Shay has said she has quashed her beef with afrobeat singer, KelvynBoy.

The Rufftown records signee indicated that there is no longer bad blood between her and the ‘Mea’ crooner.

In June this year, Kelvyn Boy and Wendy Shay stole headlines after a video emerged in which the former BHIM Nation artiste appeared to have snubbed the ‘Uber Driver’ hitmaker.

In the video which went viral, Kelvyn Boy was seen walking past Wendy Shay who had opened her arms ready to hug her fellow artiste.

But the ‘Astalivista’ hitmaker who spoke to Giovanni Caleb on 3FM Drive indicated that the issue belongs to the past now.

“We are one people. No matter what happens we are all Ghanaians. I never had a problem with him. That whole snubbing incident is water under the bridge. Its in the past now.” She stated

Wendy also explained that the suggestive lyrics in her song is the in house style of her record label.