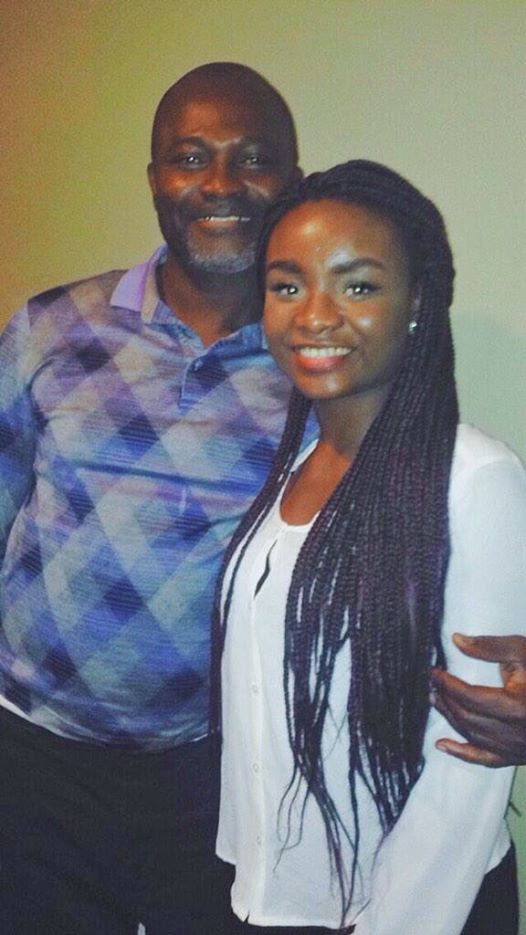 In a scenario akin to the Biblical Prodigal child, Maverick Assin Central Member of Parliament Kennedy Ohene Agyapong’s controversial daughter Annell Agyapong is pleading for forgiveness from the father.

She took to facebook on Father’s day June 21, 2020 to write a very touching message to her father which read:

My waywardness has become the cause of your ridicule, which can tarnish your integrity and image, and I implore your forgiveness. I’ve made better choices now and will continue to.

Please Daddy, if one day you still find me worthy as your daughter, kindly have mercy on me and deliver me from myself.
Love Always, Anell.
Happy Father’s Day

This may come as a shock to many as she was reported days ago to have teamed-up with her mother to attack her father.

This was after the Assin Central MP  narrated how one of his daughters had virtually become a beggar because of her wrong choices. The daughter, Ken Agyapong revealed, was begging for funds to continue her education after squandering many opportunities he gave her. According to Kennedy Agyapong, his daughter dropped out of California Institute of Technology (CIT) while in her third year of her five-year Architecture programme.

Following Kennedy Agyapong’s rants, Anell’s mother, Araba Dawson-Williams, who wasn’t happy with the MP’s attitude, challenged the Assin Central MP to allow Anell and his other children go for a test to prove or disprove his claim.