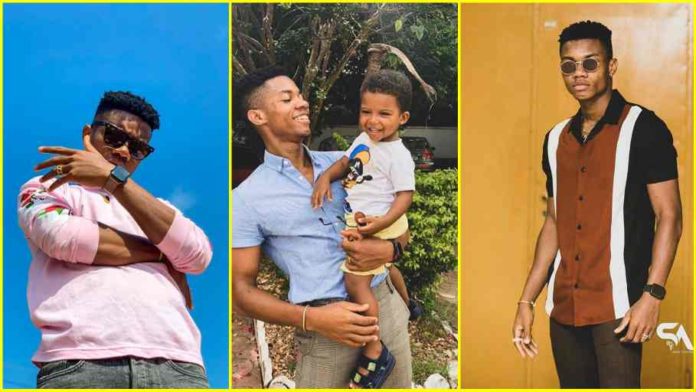 Kidi has detailed the relationship between him and the mother of his child.

The Lynx Entertainment signee who remained adamant on keeping the identity of his baby mama unknown indicated that they are no longer together.

Last week, Kidi shocked Ghanaians after he shared a cute photo of his son on Instagram.

The ‘Thunder’ hitmaker who spoke to to MzGee in an interview on Showbuzz on 3FM, they have both kept the relationship cordial to raise their son.

” Me and the mum of my son are not together but we are cordial to take care of the baby so we are fine. The mom and son don’t live in this country. They are currently here but they’ll go back.” He stated

“There’s something I want to say though; I wanted to share this with people but at the same time want people to know that he didn’t choose this life. I shared this news so that I can get it out of my system and live freely without secrets but at the same time I want people to understand that he’s a child and he didn’t choose this life so I wouldn’t like people to be posting his pictures randomly.” He appealed