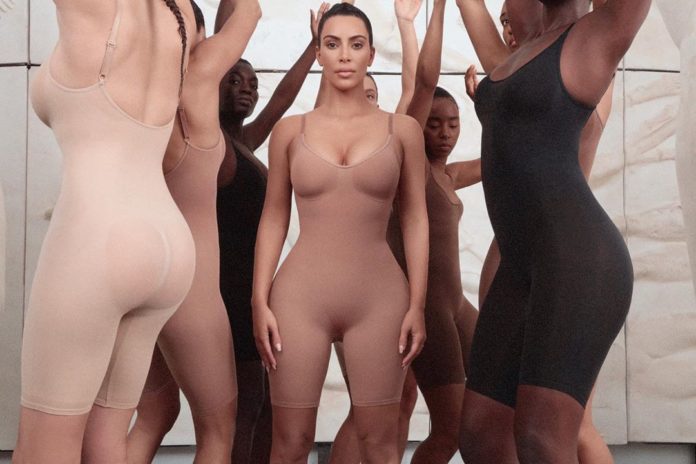 Using the hashtag #KimOhNo, Japanese on social media expressed their agitation over Kim Kardashian naming her shapewear ‘Kinomo’, insisting that the name was disrespectful to the Japanese culture.

Responding to the backlash, Kim had said that her shapewear is ‘built with inclusivity and diversity at its core’ and she is ‘incredibly proud of what’s to come’.

She also insisting on not changing the name and went ahead to trademark the name.

‘Filing a trademark is a source identifier that will allow me to use the word for my shapewear and intimates line but does not preclude or restrict anyone, in this instance, from making kimonos or using the word kimono in reference to the traditional garment,’ Kim had said.

However, Kim Kardashian has had a change of mind and has decided to launch her Solutionwear brand under a new name.

She also broke the news on her social media handles saying:

Being an entrepreneur and my own boss has been one of the most rewarding challenges I’ve been blessed with in my life. What’s made it possible for me after all of these years has been the direct line of communication with my fans and the public. I am always listening, learning and growing – I so appreciate the passion and varied perspectives that people bring to me.When I announced the name of my shapewear line, I did so with the best intentions in mind. My brands and products are built with inclusivity and diversity at their core and after careful thought and consideration, I will be launching my Solutionwear brand under a new name.I will be in touch soon. Thank you for your understanding and support always.