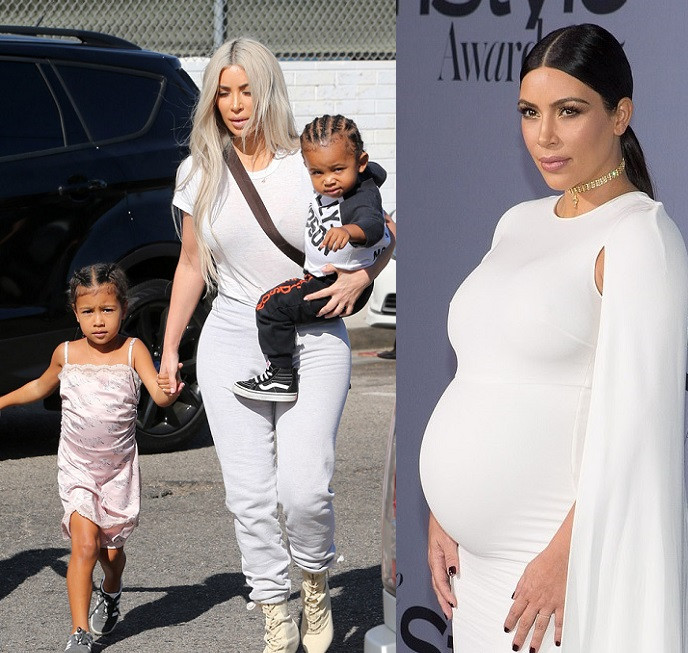 Kim Kardashian has revealed she underwent five operations within a year and a half to ‘fix the damage’ caused by pregnancy following the births of her children, North and Saint West.

The mother of four said when she was pregnant with her first child, North, she had a condition called preeclampsia or toxemia.

After delivering the daughter her placenta didn’t come out but grew inside her.

After she managed to deliver her second child, North, Kim said she underwent five operations to ‘fix the damage’ caused by the pregnancy.

Speaking in a video for her new SKIMS campaign, Kim said: ‘When I was pregnant with my daughter North, I had a condition called preeclampsia or toxemia, which is basically when the mom’s organs start to shut down.

‘The only way to get rid of that is to deliver the baby. At 34 and a half weeks, I had to go into emergency labour – they induced me. North was four pounds. She was almost six weeks early.’

She went on to explain that after delivering her daughter, her placenta never came out but grew inside her uterus, warning: ‘That is what women die from in childbirth.

She continued: ‘After my daughter was born, I still continued to do the process of freezing my eggs.

‘I was able to get pregnant through that with my son Saint, and then I had two embryos left. I had the same condition, same awful delivery that I had with my first daughter.

‘After that, I had to have five different operations within a year and a half to fix the damage that all of that did on the inside.’

She recalled: ‘I asked my doctors, ‘Can I do it one more time?’ And they were like, “We won’t even put an embryo in you — that would be like malpractice”.’

‘I would have gone through the same pain and back for the result of having my babies. It was all worth it.’

Kim Kardashian’s other two children, Psalm and Chicago West were carried by a surrogate.