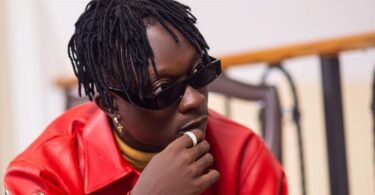 One of the hottest hip-hop records in Ghana, Ekorso by Kumasi based rapper, Kofi Jamar, has been rated the “Coldest Song Of The Week” by UK’s BBC Radio 1.

The show SoundSystem is hosted by Ghanaian Jeremiah Asiamah.
An elated Kofi Jamar took to social media to share the news with his fans:

“Ekorso made it to BBC Radio 1 as “The Coldest Record of the week”
Words can’t express, God bless y’all for the support since this song dropped “

Ekorso since its release late last year has been one of the most successful hip-hop records courtesy the Kumerica trend which has seen the emergence of notable talents in the Ashanti region of Ghana.

The song that featured Yaw Tog and Ypee currently have over one million total streams across all digital platforms.