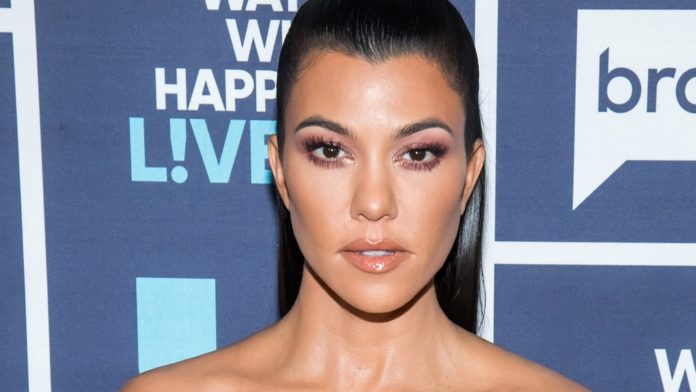 American reality TV star, Kourtney Kardashian has announced that she’s taking a step back from her family’s reality show to “spend more time as a mom.”

The eldest of the Kardashian/Jenner kids, who has three children of her own, said during an interview with Entertainment Tonight that she’s taking a step back from Keeping Up With The Kardashians so she can focus on her kids.

She said: “I just decided to spend more time as a mom and put more of my energy there.

“But I’m not saying goodbye…I think you’ll have to see more of it on the new season, season 18. It isn’t airing yet, but it’s being filmed. Currently, in this room.”

Her sisters Khloe and Kim were also present and chimed in saying they would miss Kourtney’s presence while filming.

Khloe said: “We definitely love Kourtney and we will miss Kourtney and whatever she decides to do, but people come, people go all the time in this family.

“We feel like it’s a revolving door, so Kourtney might leave this week, she’ll be back. They all come back.”