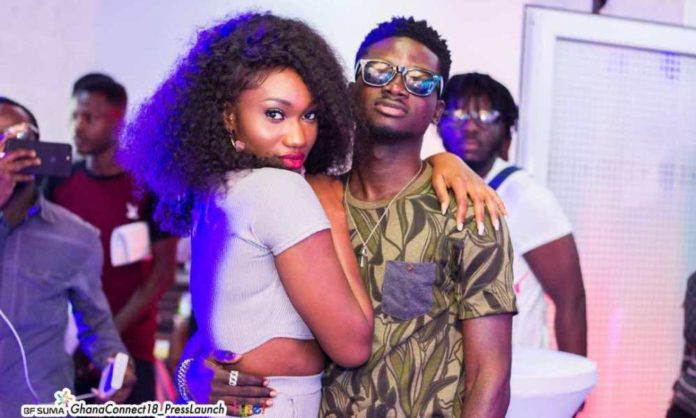 2019 Vodafone Ghana Music Awards (VGMA) artiste of the year nominee, Kuami Eugene has finally spoken on the rumored relationship between him and singer, Wendy Shay.

The lynx entertainment signee has said there is no intimate relationship between him and the Uber Driver hitmaker.

Rumour about a relationship between the two music stars escalated after a photo of them in bed popped up on social media.

In the viral photo, Kuami Eugene was seen topless while Wendy was in a see through lace top fuelling rumours that there was an intimate relationship between them.

But Kuami Eugene who spoke to MzGee explained that it was only a scene in a music video for his song titled ‘No more’ with rapper, Sarkodie.

“No I’m not that kind of artiste that needs people to talk bad about me before I can make my song (hit)”.