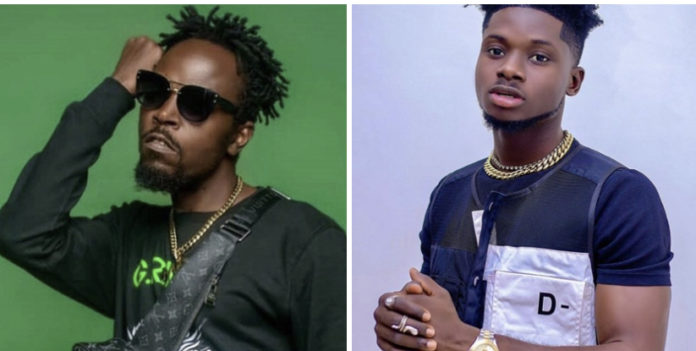 Multiple award-winning hitmaker Kwaw Kese is accusing reigning VGMA Artiste of the year, Kuami Eugene, of taking “shut-up pay” to forgo his reservations about Sarkodie’s covert NPP endorsement song on which he was featured.

The Rockstar came under massive attack for featuring on Sarkodie’s perceived endorsement song.
In a desperate move to clear his name, he told MzGee that he only got to know of the contentious line in the song when they were shooting the video and had assurances from Sarkodie it was no attempt to declare support for the ruling party.

Much to the surprise of many, the two were seen performing the song days after his complaint with some believing the issue has been resolved one way or the other.

However, the ‘Abodam” hitmaker in his latest song is alleging that the Lynx Entertainment signee has been given money just to keep mute:

“Kuami Eugene your have gone for shut up pay, your started ranting now you have been given coins to shut-up, Spending politicians money is sweet”