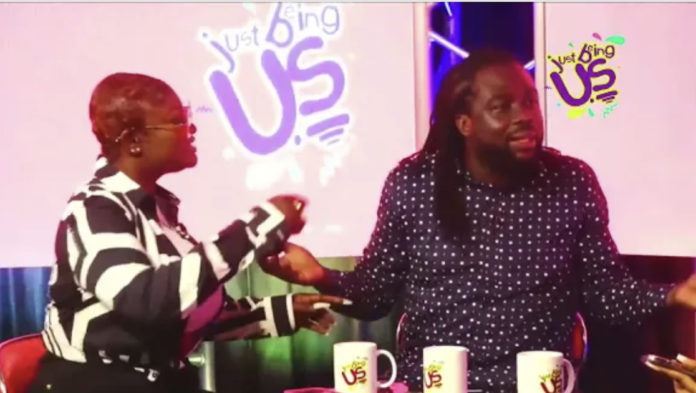 This was after she was asked by co-guest on MzGee’s new show “Just Being Us”, Abena Moet if he had ever been involved in a threeway sexual activity.

Guests get the opportunity in the throes of the show to ask one daring and never-before-ascertained question of each-other with no limitations.

When pressed further he added that all three participants in the ye olde ménage à trois were drunk.
Well if you wanna know the other salacious revelations made on the maiden edition of “Just Being Us”? Watch it here 👇🏿