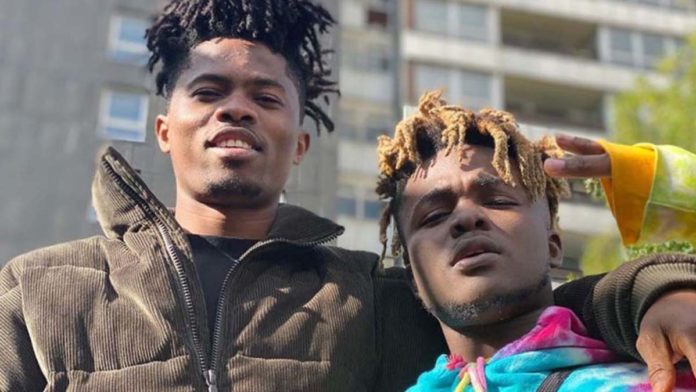 Musician Quamina MP has dismissed claims that his colleague Kwesi Arthur should not have won the Rapper of the Year award at the 2020 Vodafone Ghana Music awards show.
Speaking to MzGee on TV3’s New Day he explained that the ‘Grind Day’ hit maker had worked extremely hard in the year under review including releasing an album.
Kwesi Arthur, on August 29, beat EL, Strongman, Medikal, Sarkodie, Teephlow and Eno Barony to win the Rapper of the Year Award.
On the night many on Twitter said they were disappointed with the choice with some adding they expected Sarkodie, Eno Barony or Strongman to pick up the award.
“Kwesi Arthur raps. He deserves that award and more actually, he worked very hard,” Quamina MP stated.
The Change Your Style singer added that Kwesi Arthur’s new song ‘233’ only proves how much of a good rapper he is.
Meanwhile Quamina MP who was nominated for four awards on the night: Hiplife Song of the Year with Amanfour Girls, Hiplife/Hip Hop Artiste of the Year, Best Collaboration of the Year and Most Popular Song of the Year with Amanfour Girls, walked home empty handed.

Although he did not pick any award, he stated that he has not lost hope. He told MzGee that he will continue to work hard for himself and his fans.
Quamina MP, however, won the Hiplife song of the year with Amanfour Girls at the 3Music Awards early in the year.