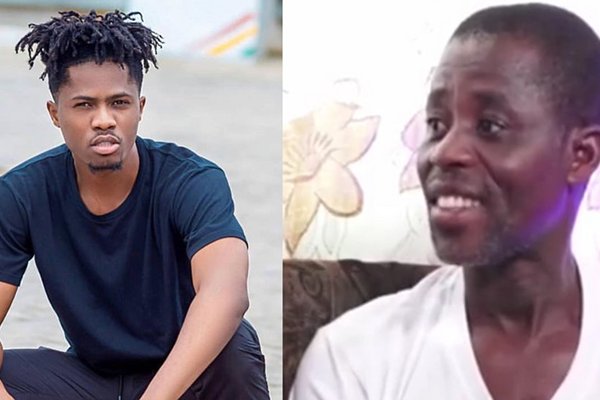 Mr Arthur explained that the song is a motivational song although it seeks to praise God.

The Ground Up Chale champ released ‘Woara’ shortly after he was nominated for the 2018 BET Viewer’s Choice ‘Best New International Act’.

The song has been classified by many as a gospel song due to its lyrics but his father has said the song is a motivational song.

Mr. Arthur spoke to MzGee on Fathers’ Day edition of ‘The Gist’.

“The ‘woara’ song I don’t think is pure gospel. The song is a motivational song. Most gospel songs as we see are not gospel songs when you dive deep into it. But we Christians classify most of them as gospel but some are motivational, some are inspirational and ‘woara’ is in that category,” he said.

Speaking on his son’s performance of the song in church, Mr Danso said he was elated to see his son uplift spirits in church.

“Everyone was happy. All of them were dancing to it. I was also happy and Woara is even his mother’s ringing tone and also the junior mom’s ringtone”

He however stated that ‘Back on the wall’ is is favourite song of his son.