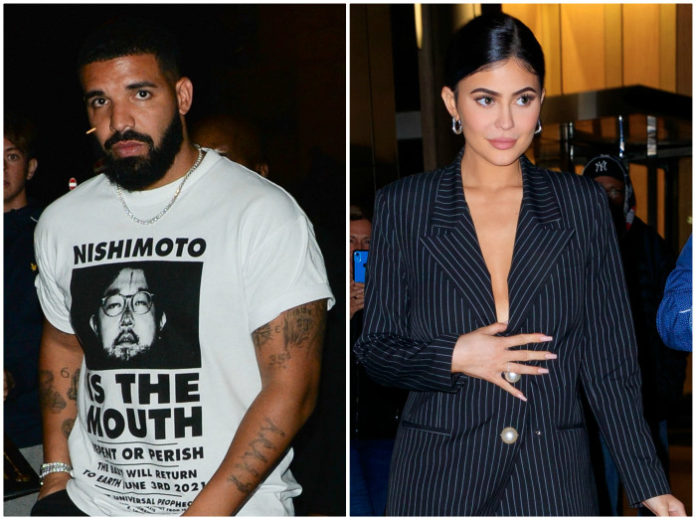 It has been claimed that Kylie Jenner and Drake have been hanging out together ‘romantically’ one month after her split from Travis Scott.

“He and Kylie have been spending time together recently,” a source tells PEOPLE exclusively.

“They’ve been friends for a long time and Drake is very close to the family.”

Another friend tells PEOPLE that Kylie, 22, and the rapper, 33, have been hanging out “romantically” since she and Scott called it quits in October.

This comes after it was previously reported that the Keeping Up With the Kardashians star, and the four-time Grammy winner, were flirty with each other at his birthday party in Los Angeles in October.

The mother of one was also spotted at Drake’s Halloween party in West Hollywood last Thursday.

“She spent the most time near Drake and his friends,” an insider told Us at the time.

“Kylie was rapping to songs and dancing with her friends while she was next to Drake, but they weren’t dancing together. They seemed to have a connection though.”

A second source added, “They seemed to be enjoying each other’s company. They were joking around and Kylie was laughing. She seemed to be really happy and in a great mood, and [she] and Drake seemed very comfortable with each other. There seemed to be an attraction there.”