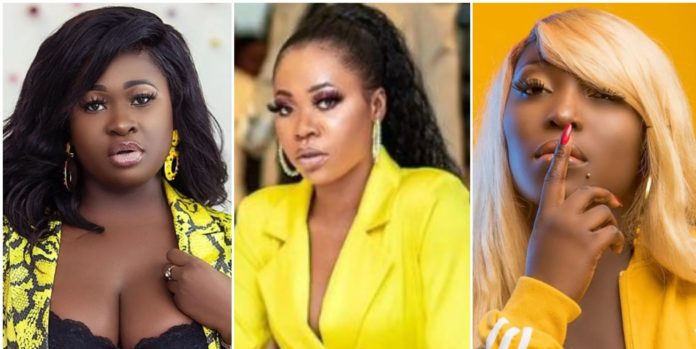 Entertainment pundit Arnold Asamoah Baidoo says females in the music industry are suffering because of their inability to unite.

According to him, the situation where most females are unable to feature their fellow women on projects like the men in the industry do has heavily affected their craft demanding that it should be fixed immediately.

He made this revelation on showbiz927 on 3FM with MzGee when he was speaking about the brewing ‘beef’ between Sista Afia, Eno Barony and Freda Rhymz.

“There is one thing I take away from this and I think it is positive. It is been a bane for the female fraternity, their inability to collaborate and unity is a big issue and they should fix it. I remember when Ebony was reigning that was one of her biggest complaint the fact that her female contemporaries were unwilling to collaborate with her. I think they should stick together”.

He cited Efya and Mzvee as the exception.

“I mean Efya and Mzvee were able to do a joint together. It starts from joints, once you are able to enter into the booth and do a song, you guys will be doing promotions together, doing interviews together. It starts from somewhere, build that relationship because you need a relationship before you can do a joint, somebody must reach out to somebody”.

However, his colleague, Lawrence Asiamah Hanson popularly referred to as Bull dog disagrees, he insist artistes do not necessarily need a relationship to collaborate on a song.

“Oh you do not necessarily need a relationship, I mean between the artistes but the camps and I could be just for business”.