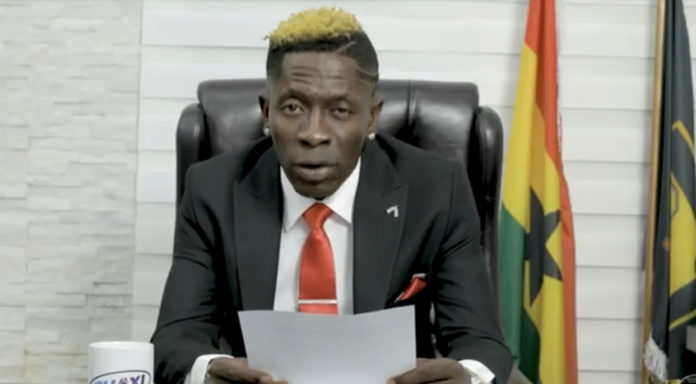 Dancehall Artiste Shatta Wale wants Ghanaian music to dominate songs played on our airwaves.
This according to him will ensure music of Ghanaian Origin receives the needed attention and publicity in an attempt to boost the industry.
He made the appeal during a live broadcast dubbed “State of the Industry Address”:

“ I want to propose the institution and enforcement of a national agenda to prioritise Ghanaian Music on our airwaves, lets give Ghana music 90% of the airwaves and spread 10% for other countries”

Shatta Wale also advised colleague musicians to seriously develop the business side of their craft to leave a lasting legacy and continue to benefit from their intellectual property “even when they are no longer in the studio”.

He then called for a national deliberation on the genre of music Ghana can be identified with and promoted to the good of all, insisting his recent deliberations in the USA has revealed the nation’s musical identity is not so clear.

Shatta wale also made a passionate appeal for creative events to be decentralised so that “minority regions” can equally host some of these engagements. This to him will spread event infrastructure and also help unearth and develop talents languishing in the hinterlands.

Anothet major proposal he put up was the incorporation of music into the nation’s tourism drive asking government to seriously consider this proposal.

He concluded by challenging leadership of the country to think about spending just 10% of its budget on Sports on the music industry to see if it will not yield marvellous results.