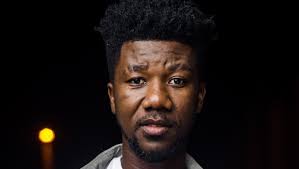 Ghanaian hiplife musician, TiC, formerly known as Tic Tac is unhappy those who commit to develop music like Zylofon fail because of the lack of an enabling environment for them to operate successfully.

While he acknowledges that efforts have been made to support musicians in the country, he lamented that the system does not support  persons who choose to invest in the creative industry.

“I won’t say the support is low. Others are doing their bit but it is not enough…Look at Zylofon, where is Goodies Music? When somebody stands up and try to commit to music, they cripple the person. I don’t know how but for some reason, you have some situation that will take him off.”

This to him, explains why the industry is not thriving to its fullest potential.

In an interview with Mzgee on 3fm’s Showbuzz, He also admitted musicians like him struggle to stand out in other countries because they are not given the necessary support that will boost their confidence on the international scene.

the Kwani Kwani hit-maker explained that without support from the home country, it becomes difficult for musicians to thrive outside. “The secret is, if you don’t respect your own people, then the moral will not be there. People will not like to support them. Staying on top in another man’s territory takes a lot. If you want to be on top in Nigeria or any other country, you need to have your own people following you”.

TiC, in the interview, also made comments suggesting that support was not only missing from fans, but from among colleague musicians and industry players.

“...for example if TiC was big, then VIP would come and is big and we are pushing another person, maybe Bollie and maybe Sarkodie has come through but Sarkodie is giving respect to the same people, and another person adds to the catalog and you have a base…work has to be going on so people have to keep the thing moving so that if it’s Sarkodie, then he is there. If it is E.L, we maintain him,” he added.