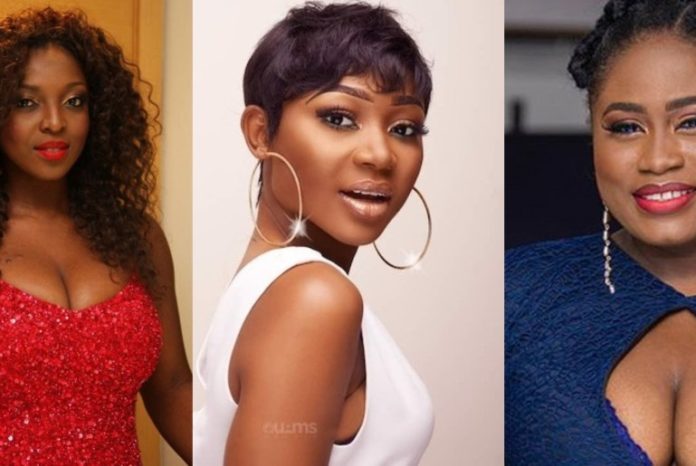 According to the ‘Side Chic Gang’ producer, he had earlier wanted to ignore the rumors but he’s forced to react to it because it keeps recurring.

In a conversation with MzGee on ‘The Gist’, Peter Sedufia explained that conflicting schedules of the actresses had to force them to leave set instead of the earlier purported claims.

He indicated that the producers of the ‘Away Bus’ movie came to an agreement with Lydia and Yvonne who had to recuse themselves because shooting schedules were not favorable to them.

Rather, he said Akuapem Poloo joined the crew as a replacement for the role initially meant for Lydia Forson.

“They didn’t leave because they were angry with anyone. What happened was that we were supposed to shoot earlier than the date we began shooting but certain casts were not ready and certain things were also not ready so we had to move it forward and it had to clash with Okoro’s schedule”

“So she (Yvonne) was asking us to move it a bit forward so it could favour her but we couldn’t agree on that because of the time limit to the shoot. So she opted to be go and attend to her other business and return to set when she’s needed but we felt that was going to hold us back so we had a mutual understanding and she had to exit,” he explained

“With Lydia, she had to travel and it clashed with the date of the shoot and that couldn’t be changed  so she also had to take her leave,”

“Lydia and I have worked on previous projects. She worked with Rosemond Brown on ‘Side Chic’ gang so there was no way she would refuse to work. So I don’t know where that rumour came from.” Peter Sedufia added