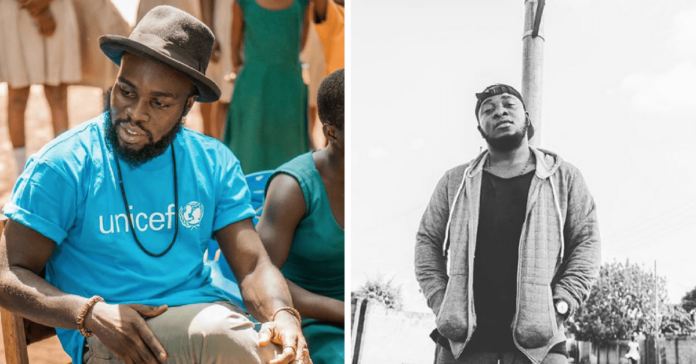 Hip-Hop artiste and music producer, Paul Nuamah Donkor, popularly known as Jayso has said he had a very close relationship with rapper M.anifest.

The former skillions rapper admitted his friendship with M.anifest was ruined due to the 2016 beef between the ‘godMC’ and Sarkodie.

Speaking on ‘The Gist’, the ‘Making Tasha Proud’ rapper told MzGee the close relationship he shared with M.anifest was one that had them frequently hangout and visit each other at home.

“The thing is with me and M.anifest, we were actually friends. We used to hang (out), we rolled. He used to visit and I did same”

Asked what is the state of their current relationship, he said: “The last time I saw him was when I saw him at the Airport”

He also blamed the media and fans for fueling rivalry saying, “Sometimes certain captions and headlines that are used fuels some type of energy that isn’t really the case”.

“People don’t understand the story. Sometimes when people are die hard fans, they don’t even care. They don’t try to listen to logic or try to find out what actually happened and who started what”

The Gist with MzGee shows on the Joynews Channel on MultiTV, DStv channel, 421, GOtv 144 on Saturdays and Sundays at 8.30pm.