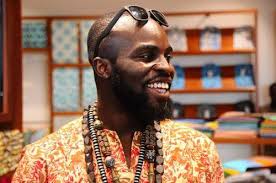 Rapper, M.anifest has finally expressed his thoughts on the chaotic display that almost marred the 20th VGMA.

In his view, organizers of the event, Charter House should share responsibility on the embarrassing situation.

Speaking on on Citi FM’s Breakfast Show, the God MC said he is disappointed in Charter House for shifting all the blame to Shatta Wale and Stonebwoy.

He stated: “I don’t think the organizers have been accountable enough……..that could and should never happen if they had been more responsible. I am a bit disappointed in them not taking responsibility….think about everybody that was in there, think about what could potentially have happened, God Forbid. But we have to step this thing up in a level, I know it’s difficult to make things happen here but we have to do things really well, safely and other things”, he said.