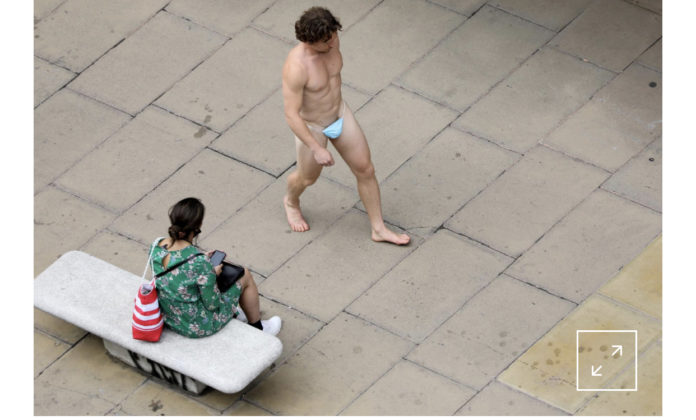 A man strolled down central London’s most popular shopping street on Friday with only a mask to cover his nudity, leaving passerbys astounded, amused and shocked.

As the man walked nonchalantly along Oxford Street, naked except for the light blue face mask over his groin, some took pictures on their phones while others simply stared. 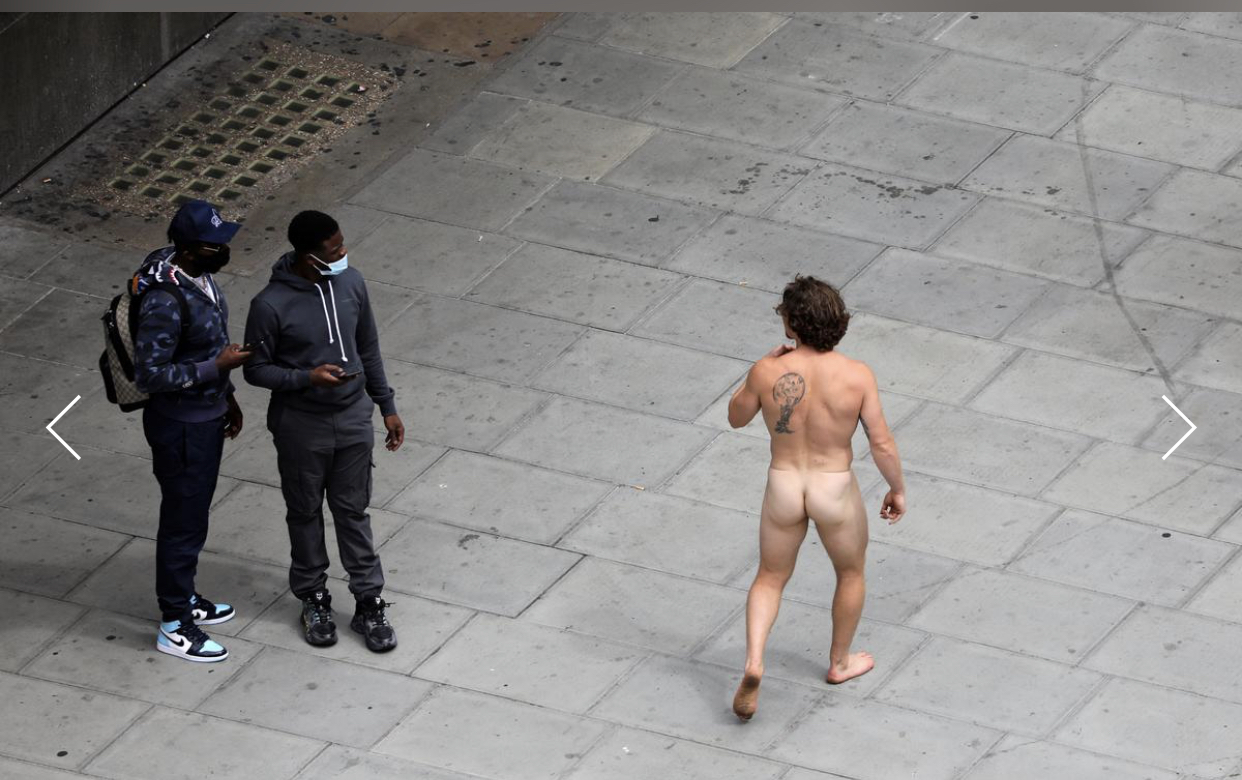 It was unclear what prompted the stunt but masks became compulsory on Friday in English shops.

A Reuters photographer caught a picture of the man from an office above the street.