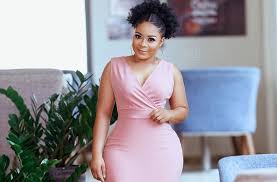 Actress Kisa Gbekle says there are many celebrities who have done plastic surgery and are refusing to admit it.

Plastic surgery is a surgical specialty involving the restoration, reconstruction, or alteration of the human body. It can be divided into two main categories: reconstructive surgery and cosmetic surgery.

Cosmetic surgery which is what,  Kisa Gbekle has done, is where a person chooses to have an operation to change their physical appearance for cosmetic rather than medical reasons.

While she may not have been the first celebrity to do it, her decision to document the process and share with the public has been greeted with mixed reactions with some outrightly condemning the move.

In her defence she told MzGee in an interview that she is unashamed about letting potential patrons know the pros and cons of doing it so that they can make a more informed decision.

She then revealed that there are other celebrities who are pretending they have not gone through the same surgical procedures and a the quick to attribute changes to their body to exercising.