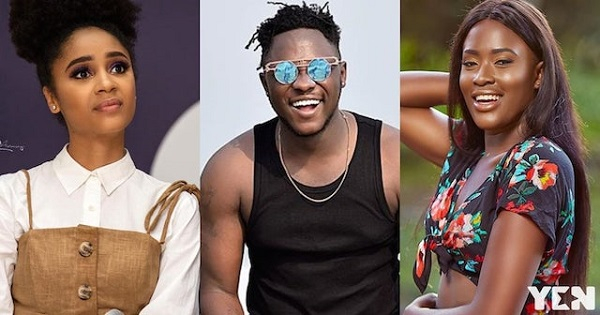 The former model who spoke to Berla Mundi on TV3’s New Day stated that although she does not consider the status of a man before dating him, she quickly moved on from Medikal after she was told he wasn’t good enough for her.

Christened Deborah Vanessa Owusu Bonsu, the petite entertainer noted that she has no regrets of dating the rapper.

” I do not regret dating him (Medikal) because I’m not the kind of person who looks at class or status before dating someone. However, when I was being embarrassed and humiliated on social media by him and his partner and  people came around and said it was my fault for dating someone like him, it sort of helped me to get over him.” She stated

The ‘Borla’ songstress who is currently promoting her new single titled ‘Somebody’ further added that she has never been bitter about her break up with the ‘Omo Ada’ hitmaker.

” I’m not bitter about the breakup. I was sad but not bitter. I’m not someone who keeps grudges. I even forget about it sometimes.”

Sister Derby ended her relationship with rapper Medikal last year months after rumours of cheating by the rapper.