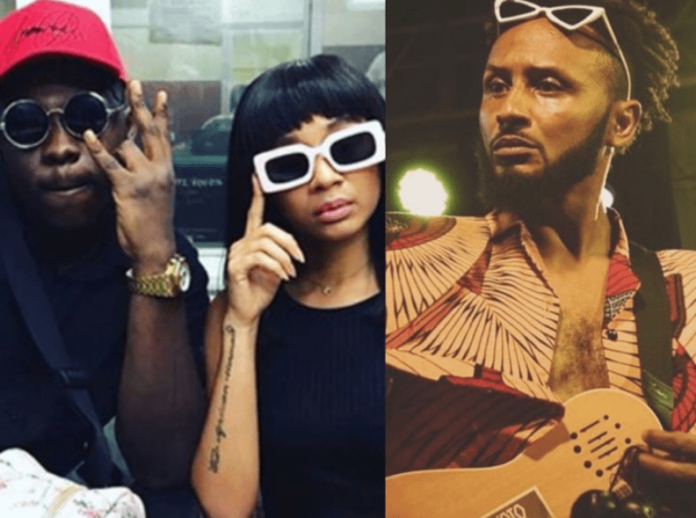 Wanlov the Kubolor has said he had fore knowledge that rapper, Medikal was a womanizer based on the choice of words in his lyrics.

According to the rapper, although he saw the traits in the ‘Omo Ada’ rapper he didn’t warn his sister, Deborah Vanessa because he wanted her to find out the truth on her own.

In a conversation with MzGee on 3FM’s ‘Showbiz927’ , the 39 year old who publicly endorsed his sister’s relationship with Medikal indicated that he didn’t want to appear as though he was against the relationship hence his silence.

” I am not 100 per cent sorry for Deborah because everyone has to learn and grow. I could tell from afar that Medikal is a guy that likes women based on his lyrics. In all his lyrics, he was talking about different kinds of women and describing them,” the musician born Emmanuel Owusu-Bonsu stated

He continued: “And he was not just saying those things for show because as a musician, if you’re very real to your craft most of the things you make music about are things you’ve done or want to do and so if she was looking at those signs she would not have been hurt or surprised as she was.”

Wanlov explained that his sister was suspecting the two before the issue became public hence had recorded ‘Kakalika’ love 7 months earlier.

“I haven’t seen him do any kind of move that I do not like. People who are in love will convince themselves otherwise. She already knew what was going on and had recorded her Kakalika love about 7 months before the news broke out.”

Early last year, Sister Derby disclosed that she ended her 3-year relationship with Medikal because she heard rumours that he was having amorous relationships with other women which included Fella Makafui.

The ‘Kakalika love’ hitmaker stated that she saw no point in staying in a relationship where the other partner was disloyal and unfaithful.