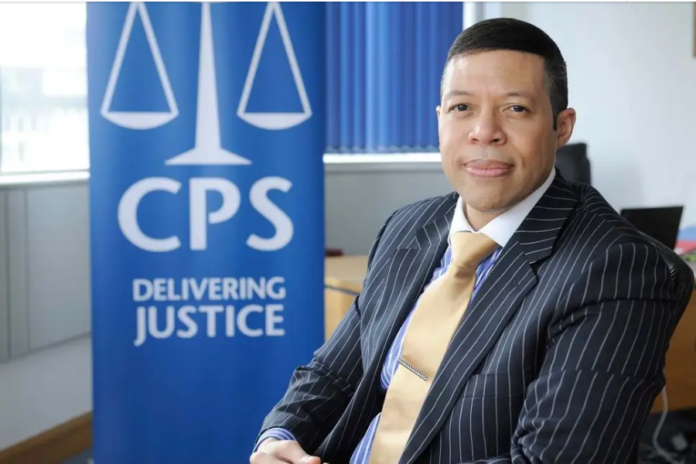 Ghanaian, Lionel Idan, has been appointed as the new Chief Crown Prosecutor (CCP) of Crown Prosecution Service, (CPS), making him the first-ever African in CPS history to hold the CCP post.

Towards the end of the Seventies he then moved from Ghana to England to continue his education and was called to the Bar in 1996.

Speaking of his appointment, Lionel Idan, said: “This is an incredibly proud moment for me and I am honoured to be the first African-Caribbean man in the history of the Crown Prosecution Service, to be appointed a Chief Crown Prosecutor. Having commenced my career in London and spent the last five years in the West Midlands, I have been very fortunate over the years to have met and worked with a diverse range of people from every background and race, who have all been an inspiration and without whom, my appointment would not have been possible. This is, therefore, the fulfilment of a dream, not just for me, but for a lot of people within and outside the CPS. We still have a long way to go, however, this appointment marks a watershed moment in the continuing journey of the CPS and one which I am deeply proud to be a part of.”

He is also promising ‘real change’ at the CPS: as the first black male chief crown prosecutor since the inception of the Crown Prosecution Service in 1986, I am immensely proud of this watershed moment for the CPS. I am however keen not to be perceived as a some sort of poster boy, but rather, as someone who will bring about real change.”

Until his appointment Lionel was a Deputy Chief Crown Prosecutor at CPS West Midlands where he had overall responsibility for prosecuting the Area’s most complex and sensitive cases including rape and serious sexual offences. He is also the Area’s thematic lead for hate crime, modern slavery, gangs and serious violence.

The Crown Prosecution Service  is the main prosecuting authority in England and Wales. In it’s daily operations they work in partnership with all agencies in the criminal justice system especially with the police, although it is independent of the security agency.