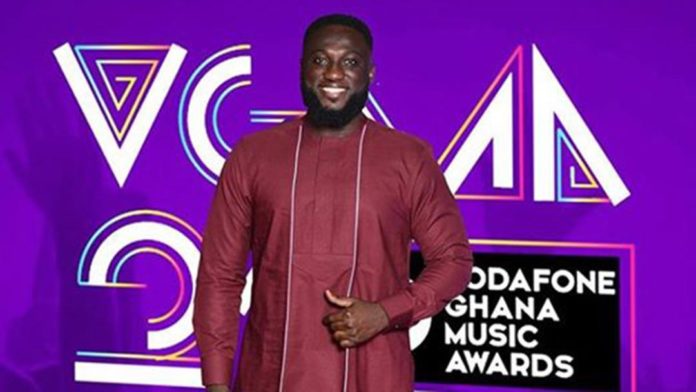 Gospel Musician Nana Yaw Boakye, popularly known as MOG Music, is unhappy with his colleague artistes who failed to pick-up their awards at the 2020 VGMA’s.

Speaking in an interview with MzGee on TV3 he lamented the situation where they go through the hustle of filing nominations only to refuse to show up on the day of the event.

“You take the pain to go to charter house, pick up a form, fill and then submit it with the songs you won’t to be nominated and then go through the screening and you are nominated. Then you make noise about it and on the D day your name is mentioned and you don’t show up on the stage to pick up because you are backstage preparing to come and sing, I mean it’s bad, for me it’s really bad..

While some Artistes like Sarkodie were conspicuously absent on the day, others like Medikal could not go up stage to take the plaque because they were preparing to perform later. But MOG music insists that is no excuse.

“It’s disrespectful, I mean you look at award programmes abroad and all the big names are seated, when they mention the name they get up in their suit or their dress and whatever they go on stage and when it’s time for them to perform they go back stage, I mean there are people there when it’s time to perform, they will walk to you table and prompt you. And somebody will be sitting on a motorbike waiting that he will come on stage and somebody will be wearing construction wear.”

The Freshly Minted Male Vocalist of the year advised his comrades to desist from running down the awards scheme with their disrespect.

No disrespect to them, but I think we need to put value on own VGMA, I mean this is for us, you understand. God forbid, if it fails and it is cancelled and a year comes when they don’t do it, we will be the same people that will bash them. So if these guys are doing their best to put up an awesome event with this covid pandemic thing, let us show them some respect.” He added.