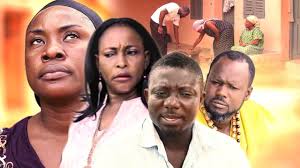 Ashanti Region President of the Ghana Actors Guild, Bill Asamoah, says the Ghanaian movie industry is struggling lately because it failed to anticipate a quick digital transition in the demand for movies.

His comments follow recent discussions on the state of the Ghanaian movie industry amidst fears it may be on its knees if its not collapsing.

Bill Asamoah, in an interview with MzGee, admitted the industry struggling and attributed it to the digital transition in distribution and marketing. He says that they did not anticipate that the CD market fade out this early. The Kumasi-based actor added that the cost of accessing the internet in the country was also making it difficult for the industry to move to using digital means to promote their work.

“The industry is facing a few challenges but that doesn’t mean that the industry is down like people say. Some even say it is dead, I don’t agree with those assertions. There are a few challenges we are having in regards to distribution and marketing of our finished products. Gone are the days when we give what we do to viewers on CDs. But quite recently, the CD market is no more. Now, we are in a digital era, so we need to sell our movies online, stream them and let people watch. With our situation in Ghana and Africa, we know how costly it is for one to use data. We did not actually anticipate that the CD market would quickly run off like that, so we sat aloof, we did not meet up with time and the internet thing caught us unaware.”

That notwithstanding, Bill Asamoah stated that arrangements have been made with online app developers to get Ghanaian movies onto their platform for it to be consumed by viewers.

Bill Asamoah further debunked the assertion that the outbreak of the coronavirus disease had forced movie productions to be suspended.

According to him, he knows at least four that were on set working producing.

He says that whilst some are done with production and ready to release their movies, others were at the post-production stage.