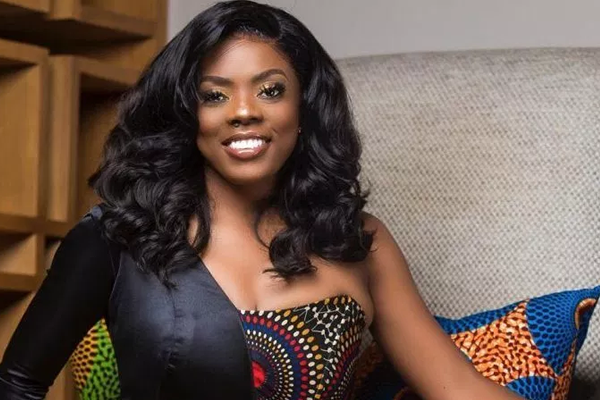 Multilple award winning Ghanaian broadcaster, Nana Aba Anamoah has disclosed how she was dragged to a juju woman by her then best friend.

The petite newscaster said the incident which happened 8 years ago was to reverse the love and affection that Ghanaians, colleagues and then bosses had for her.

Nana Aba who made the revelation via her Instagram page was celebrating her win at the 2019 edition Radio and Television Personality (RTP) of the Year.

The news editor for GhOne TV was named TV Development show host of the year and Radio and TV Personality of the year.

To celebrate her win, Nana Aba in a lengthy post said her biggest regret was not forgiving the unmentioned friend earlier.

Her post read: “Last night, I was named the TV Development show host of the year and the biggest of the night, RADIO and TV Personality of the year.
I dedicate this to a best friend from 8 years ago who dragged me and every present I ever got her, to a juju woman to destroy the love and affection Ghanaians, colleagues and bosses had for me at the time. I also dedicate this to the juju woman who decided against it and found a way to bring this to my attention. God loves a clean heart. Sister, I’m happy to see you doing your very best on TV. My biggest regret was not forgiving you early enough. I pray God blesses your efforts with one of these awards soon. I still love you.
To all those who voted for me, YOU ARE PERFECT. Thank you for your part in my journey. I don’t take it for granted.
I think I deserve Kenkey and goat stew this morning