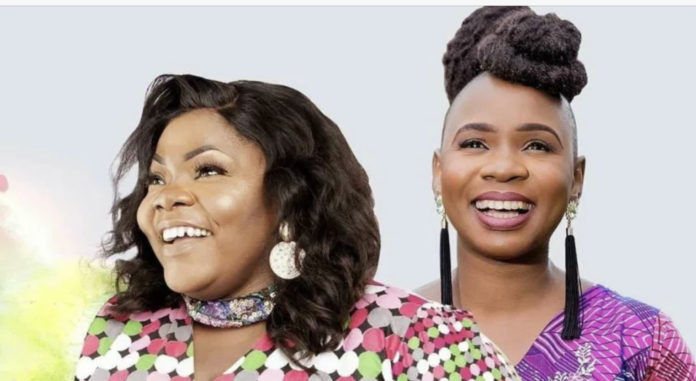 Ghanaian gospel kahuna Celestine Donkor says has opened up about her collaboration with Kenyan Gospel star Evelyn Wanjiru and its impact on her career.

Speaking in an interview with MzGee on TV3, the ‘Favor’ hitmaker said that her collaboration with the Kenyan gospel artiste has opened many doors for her in East Africa, which is gradually reflecting in her streams.

She asserted that the statistics of the song reveal that her listeners and viewers in Kenya for example is only second to that of Ghana.

“……..My collaboration with Evelyn Wanjiru has opened a lot of doors for me in East Africa. Many fans reach out to me on Facebook, they want to hear more of my songs. My statistics are telling me that I have the highest views from Kenya after Ghana.” She explained

She further said that over the years, her friendship with Evelyn Wanjiru has grown so well that they had performed at each other’s concerts in their respective countries.

“We met in South Africa at a show where we both performed. Since then we’ve been performing at each other’s concert. I’ve performed at her shows and I brought her to Ghana for mine. She is anointed and a very talented singer. She was the right person needed on the song. She is one person who would not hold back in pushing the song, she has been promoting the song very well in Kenya..” She revealed