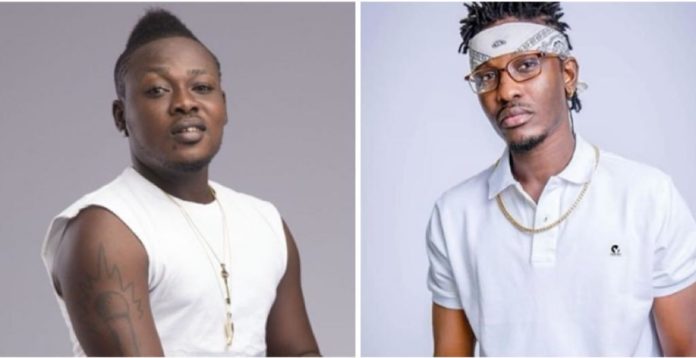 Musician, Nii Funny says his post on social media which suggested that rapper Tinny had tested positive for COVID-19 was not a scheme to gain relevance in the music scene.
According to him the post was out of goodwill and solely meant to get the public to remember the rapper in their prayers.
Nii Funny, in an interview with MzGee on ShowBuzz narrated how he got the information insisting Tinny’s wife had informed him that the rapper was unwell as he had contracted the dreaded corona virus disease.
He is livid that despite the cordial relationship between himself and Tinny’s family he never expected Tinnny’s wife to pull such a prank on him.
“For all this while I have been in this industry I decided to do a song with him [Tinny] so I had been calling him for three weeks or so but wasn’t able to reach him. So I tried calling the wife and she told me that the husband is not feeling well and had tested positive for Coronavirus that is why I have not been hearing from him” he said.
Nii Funny, who is out with a new single, insisted that the post was not in anyway meant to promote the song.
Meanwhile, the musician has apologized to Tinny’s family for the inconvenience he caused them as a result of the post on social media.
Responding to the backlash he received over the post, Nii funny said he was okay with it.
“I feel cool but I’m sorry about that” he stated