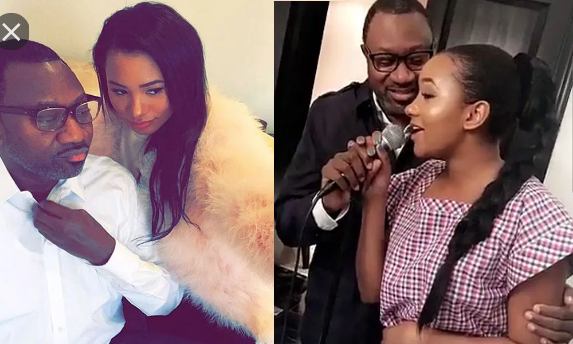 Citation spiraled across Nollywood with many giving the movie positive reviews for its originality and tackling a very strong subject matter.

One of the newest faces in the movie industry is Temi Otedola, the last daughter of the Nigerian petroleum business mogul Femi Otedola.

It looked like a major risk to devote such a lead role to a relatively inexperienced actress whose claim to fame has been largely on the back of her father’s wealth and more recently due to her relationship with musician Mr. Eazi.

This has led to many alleging that her father used his position and influence to facilitate her securing the vital role in the movie.

But in an interview with MzGee on TV3, the actress debunked those claims:

“I know a lot of people might think my father influenced my getting the role in the movie. But the truth is my father never influenced my chances of featuring in the film. Besides, I had to beg the director on multiple occasions to try me. He quizzed me on several occasions like recording a video of myself crying beside the window. I was shortlisted afterward.” She revealed.

She is however asking to be pardoned for not delivering impeccable Yoruba on set.

“A lot of people are criticizing how I spoke Yoruba, but one thing is that the language has a lot of complexities in it from the tone to accent. I had a hard time trying to get it right, I also had to add a new feel to it to suit the movie. They should pardon me for that.”