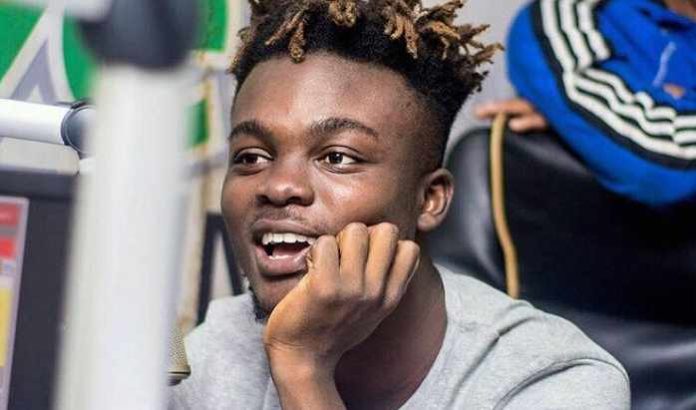 Rapper Quamina MP says he lost his girlfriend because his financial status at the time was nothing to write home about.
According to the young artiste his girlfriend of four years could not stand the fact that he was broke and thus walked out of the relationship.
“I wasn’t good enough anymore for her. I wasn’t famous then either. I was broke for a long time,” Quamina MP told MzGee on TV3.
The “Amanfour Girls” hitmaker added that he has shied away from relationships ever since his break up.
However, he has not stayed celibate in the three years he had his heart broken. “Now i want to stay more focused and keep everything natural,” Quamina MP.
The rapper is promoting his new single “Change Your Style”.