Black Avenue Muzik signee, S3fa, believes that she does not get enough airplay for her songs because her lyrics are bereft of attacks or insults.

The musician says that the situation is not only peculiar to her, but appears to apply to all  female musicians whose music lyrics are not verbally abusive.

Speaking to MzGee on Simply Showbiz on TV3, the singer made reference to the contrast between the airplay Eno Barony got for her beef songs about Sista Afia as against her latest, ‘Cheat’ which features Kelvyn Boy.

“Eno released an amazing song featuring Kelvyn Boy but because she is not insulting anybody inside, I have not heard it on any radio.,”

S3fa also disclosed that she has been approached several times to get controversial so as to get more popular.

“It will amaze you that you’d find people who will come to you and are like ‘You are very good. Don’t you think that you should do something? Say something somewhere so that your name will go far’ but that is not me as a person. I cannot keep up” 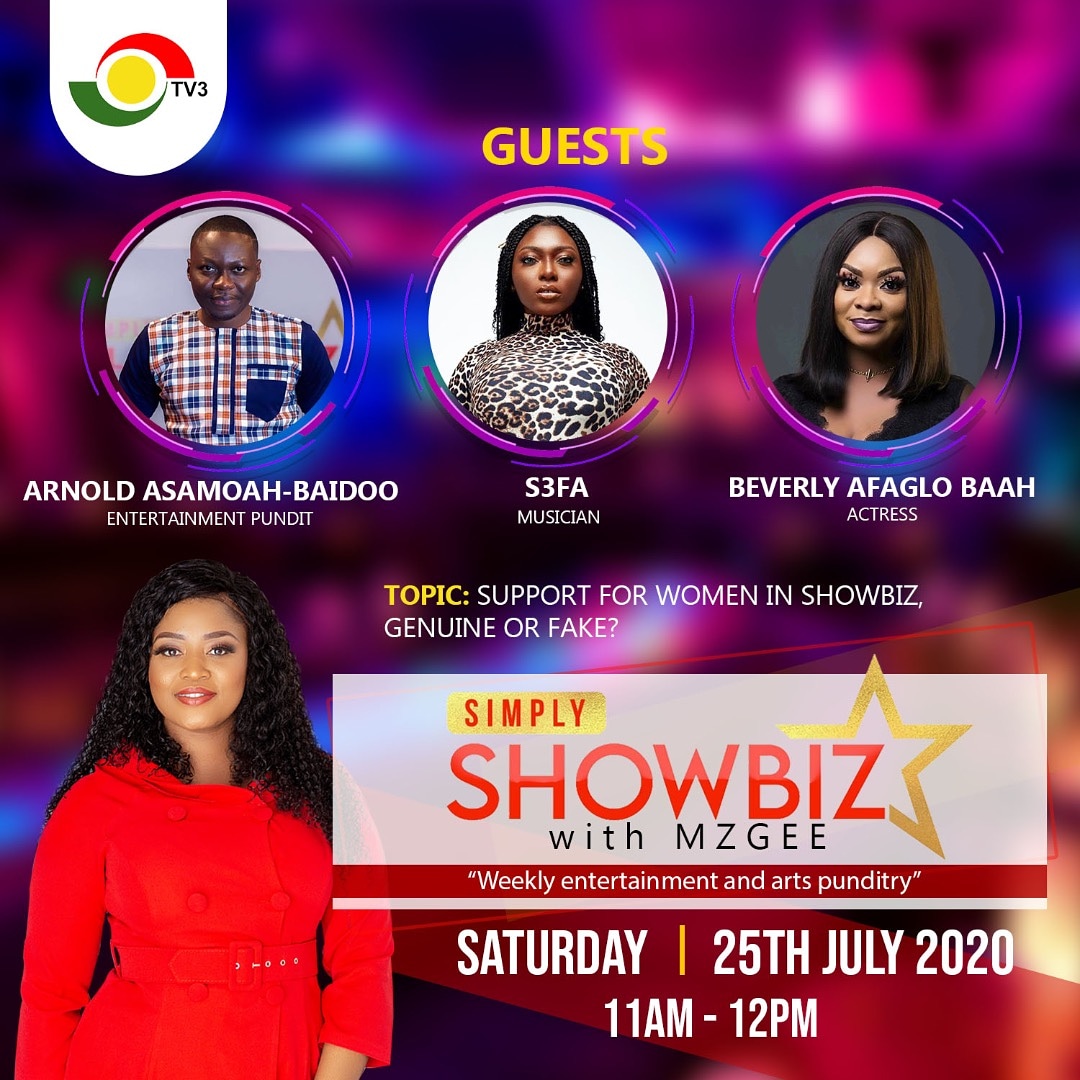 But Entertainment pundit, Arnold Asamoah Baidoo, also speaking on the show,  argued there was the need for entertainers to have an x-factor for them to ‘blow up’!

Addressing S3fa’s worry over the overemphasis on her sexual appeal instead of her music, Arnold said:

“You were complaining about your sex appeal…for all you know, that is the extra element (that) make people write about you. The biggest thing you need as an artist is the attention,”