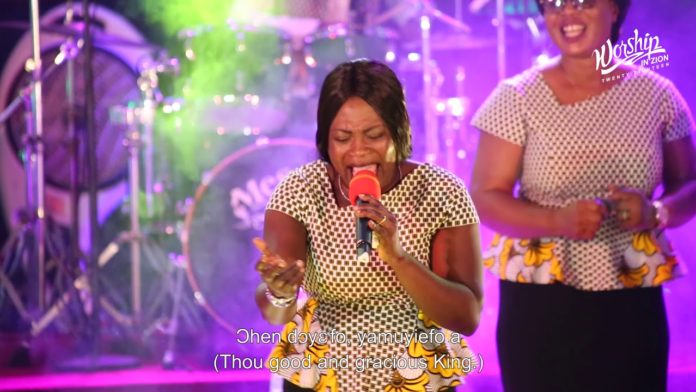 Multiple award-wining gospel songstress, Ohemaa Mercy has revealed that God had been using her latest single “ote me mu” to do wonderful things.

Speaking on the entertainment segment of Tv3’s “New Day” with MzGee, she gave an account of an unusual testimony of a medical doctor who called during the phone-in segment of her dawn gospel show dubbed “Arise and Shine” on Neat FM.

According to her, the doctor disclosed one of her patients confined to bed got out of bed while listening to the song. This act, the bewildered doctor described as a miracle ended up attracting a moment of total prayer and worship from other patients in the ward thus causing a shift in the ward’s atmosphere.

“…I opened the phone lines for people to call and one of the doctors in a hospital [undisclosed] called and was actually speaking in tongues revealing a miracle that happened in award.” The singer said.

“in the ward, a lady listening to the song got out of her [confined] bed and everybody in the room started praying beseeching the God of Ohemaa Mercy to do something in their lives through the song.” She continued.

Ohemaa Mercy is currently promoting her latest single entitled “ote me mu” which features fellow gospel musician, MOG. The song was recorded by Kaywa and is available on all streaming platforms.