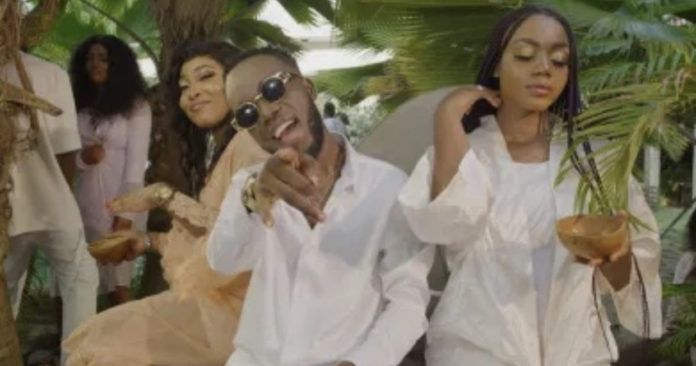 Gospel songstress, Celestine Donkor has made known her state of mind over the tongues-lashing from a section of the gospel fraternity over her latest single with secular artists, Efya and Akwaboah.

Speaking on Tv3’s “Simply Showbiz” hosted by MzGee, the “Supernatural” singer said extraordinary things attract talks to them thus, the constant bash has proved the uniqueness of her song.

“I think that it’s only unique things or things that are not usual that people talk about. If what I released falls in the norm, it wouldn’t have been talked about. It tells me how unique and powerful this song is.”

Despite not being bothered by her critics as claimed, she believes it would have been prudent for colleagues to have rallied behind her against her critics [as she would have] since that’s the norm of Christianity.

The singer has been in the news weeks ago for featuring two of Ghana’s top-most artists in the secular genre, Efya and Akwaboah on her new single, “Yedawase (Thank You)”. Presenter and gospel industry player, OB Nartey described the song as not “gospel” enough.

Celestine isn’t the first Ghanaian artist to tread this path. The likes of Esther Smith, Lady Prempeh, Herty Borngreat, Erico, Yaw Sarpong among a few had collaborated with secular musicians in the past. Most of these collaborations have come under public attack, especially Lady Prempeh’s song featuring Hip Hop singer, Asem.