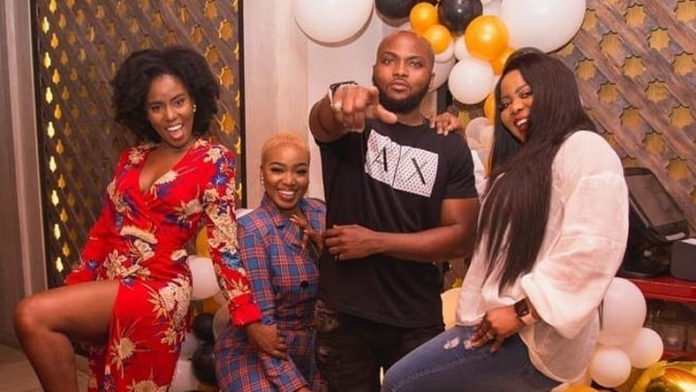 Singer MzVee has finally shut down rumours that she is pregnant with some family photos.

The “Bend Down” hitmaker released stunning photos of her and her siblings to confirm she is not pregnant.

MzVee’s absence from the music scene has led to speculations that she is pregnant and readying to get married.

A rumour which was denied by her boss, Richie Mensah who explained that MzVee was away from music due to personal reasons.

He further explained that the Lynx entertainment signee’s present condition does not allow her to do music.

But the recent photos of MzVee shows she’s hale and well.

My sister’s are absolutely gorge! 💛💛💛 TAG YOUR SISTERS 🤗

ORIGINAL number 9 family!! Meet the *HAMENOO-KPEDA’s* From the right.. the first born, my big sister (Roselyne) , beside her the second born my brother (Christopher) and then the third born my sister (Margaret) and then me, the last baby (Vera)!!! #familyiseverything

What God has done for me, i cannot say it all…