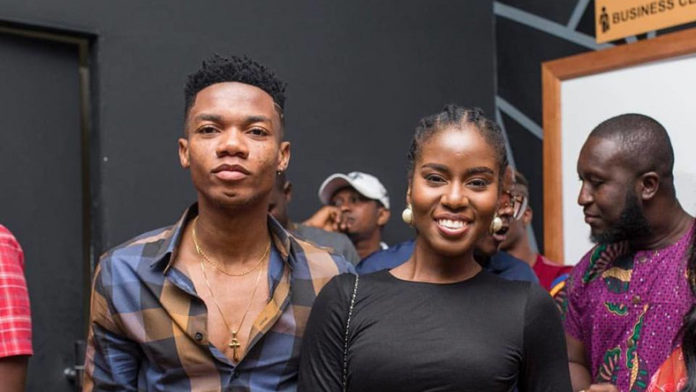 Lynx Entertainment signee KiDi has disclosed that his former label mate, MzVee backed him in many of his songs.

The ‘Adiepena’ crooner indicated that he will miss her presence at the label especially for her vocal output to his songs.

In a conversation with MzGee on Showbiz 927 on 3FM, the award winning singer noted that he is sad the ‘Natural’ Girl hitmaker is no longer with the label.

“MzVee added a lot of value to me as an artiste. Mostly when I was making songs, she will be there to direct me on what to do and add her little inputs. In most of my songs where there was a female vocal on, it was MzVee doing that. So I’m definitely going to miss all of that. “

” I’m sad I’ve lost a sister on the label. When she was around, we used to jam, play shows and travel together and all these are no more. Its definitely a loss so I’m sad about it.” KiDi stated

Kidi further disclosed that he was aware MzVee was battling with  depression but however kept mute because it was not in his place to disclose it to the public.

MzVee recently opened up on her battle with depression for the past two years, which was also the reason for her absence from the music scene.

The former Lynx Entertainment signee who for the first time revealed that she battled depression indicated that she struggled with the situation between 2017/2019.