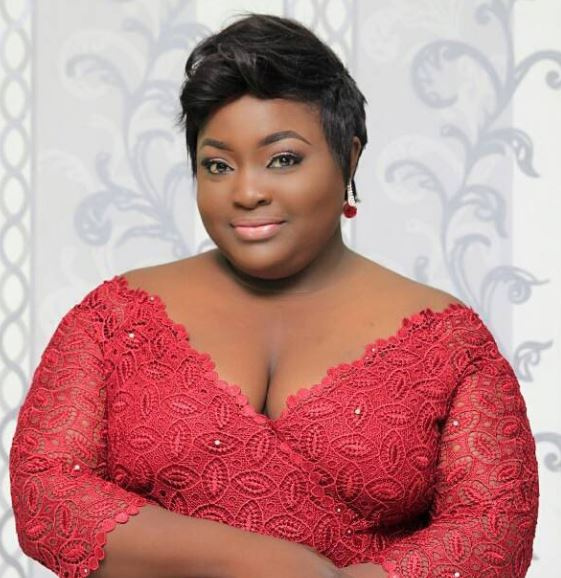 Actress Roselyn Ngissah has disclosed that her colleague actresses, Nadia Buari and Jackie Appiah have helped her severally.

According to the plus size actress, the two actresses have immensely contributed to her career.

Roselyn told MzGee in a conversation on ‘The Gist’ that have either gone out of their ways to secure her movie roles or publicly endorse her prowess as an actress.

The 4 play actress who was reacting to the honor received by the actresses at the Golden Movie Award said they both deserve to be celebrated.

“If you ask me how I feel about their honor, I’ll say I’m so excited. Those two (Nadia and Jackie) one way or the other, they’ve actually really helped me. They believed in me” Miss Ngissah told MzGee

She disclosed that, “There was this time Jackie said she was comfortable acting with me because I read the scripts well and execute my role diligently.So coming from someone who has made a hit, its more than an endorsement”

” With Nadia Buari, I remember there are several times she’s been to Nigeria and she calls me for jobs even when the directors initially don’t need me. I don’t know wht to say to them” she stated

She added that the two actresses alongside Yvonne Nelson are legends in the movie industry.

Roselyn Ngissah has acted in several movies both in Ghana and Nigeria including 4 Play, Adams Apples, 32 and Super Single, Marriage or Prison, Memory of Love and Betrayed Confidence.