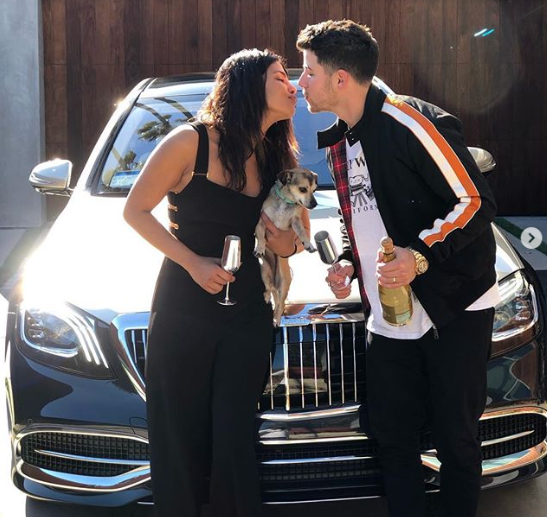 Jonas Brothers – a group consisting of Nick Jonas and his brothers – recently released a comeback single titles “Sucker” and it has reached the #1 spot on the Billboard Hot 100.

To celebrate it, Nick gifted his wife a brand new car and Priyanka took to Instagram to share her joy.

She wrote:”When the hubby goes number one.. the wifey gets a @maybach !! Introducing.. Extra Chopra Jonas.. haha .. I love you baby!! Yaaay! Best husband ever”.

The celebrity couple split the wedding in two parts; the first one included a Christian ceremony and the second one involved traditional Hindu rituals.