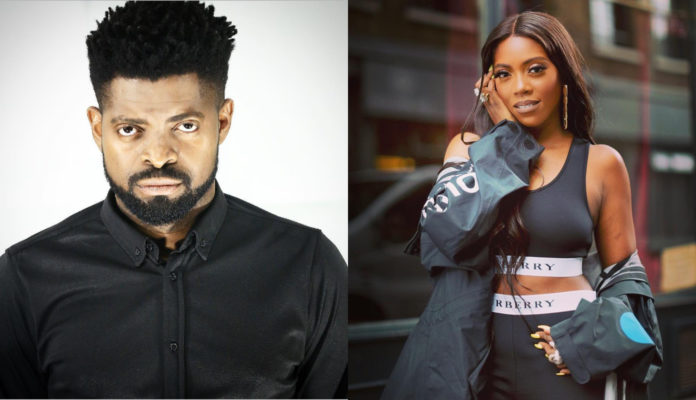 Nigerian celebrities are threatening to boycott events that are set to hold in South Africa.

The celebrities including Tiwa Savage, Basket Mouth, Genevieve Nnaji and Burna Boy made the threat in reaction to xenophobic attacks by some South African citizens on Nigerians.

In a tweet, Tiwa Savage disclosed she has cancelled her performance in South Africa in solidatity of her people.

Tiwa was billed to perform at DSTV delicious Festival which is scheduled to start on September 21 in Johannesburg.

“I refuse to watch the barbaric butchering of my people in SA. This is SICK. For this reason I will NOT be performing at the upcoming DSTV delicious Festival in Johannesburg on the 21st of September. My prayers are with all the victims and families affected by this,” Tiwa wrote.

On his part, Comedian Basket Mouth also took to his Instagram page to announce he has pulled out on an appearance at the Comic Choice Awards in South Africa this weekend due to the same reason.