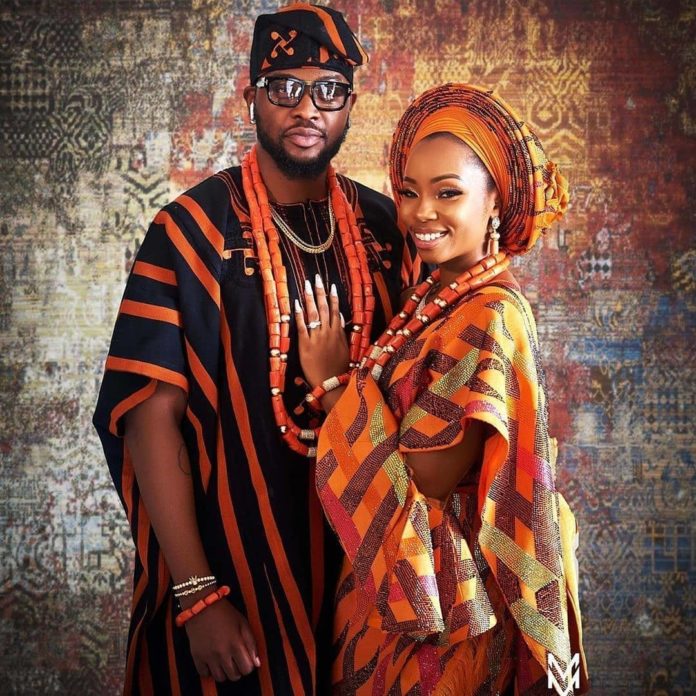 Big Brother Naija stars, Teddy A and Bambam have reacted to claims that their marriage is going through crisis due to domestic violence.

Earlier on, an Instagram blogger accused Teddy A of the constantly beating Bambam before they got marriage.

She also called for fans to pray for Bambam while encouraging people to be careful of the kind of spouse they keep in 2020.

Guys, 2020 new year resolutions, please don’t marry a man or a woman who abuses you just to prove a point to people you don’t even know.

Beating was before wedding. and chances it that it won’t come back after Bambam delivers her baby is only in God’s hand. You can be rude etc to me but it doesn’t change the fact that we need to keep Bambam in our prayers 🙏” 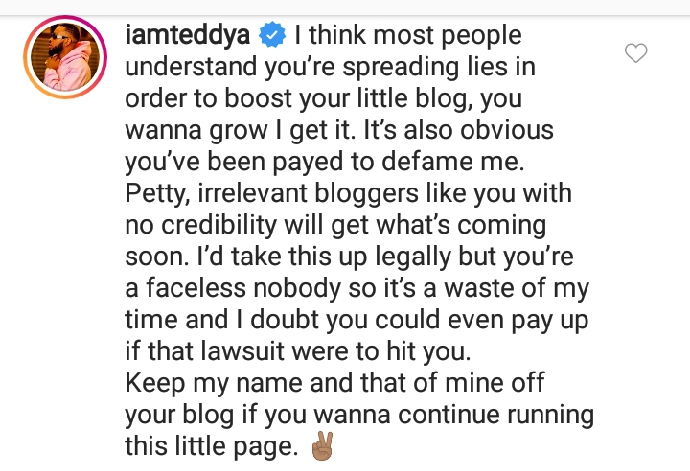 Bambam also took to her Instagram to set the record straight on the domestic violence claims.

She also revealed that the rumors are an attempt to tarnish their image.

“We frown at domestic violence and would get to the bottom of these lies and deliberate attempts at defaming our character as a couple.”