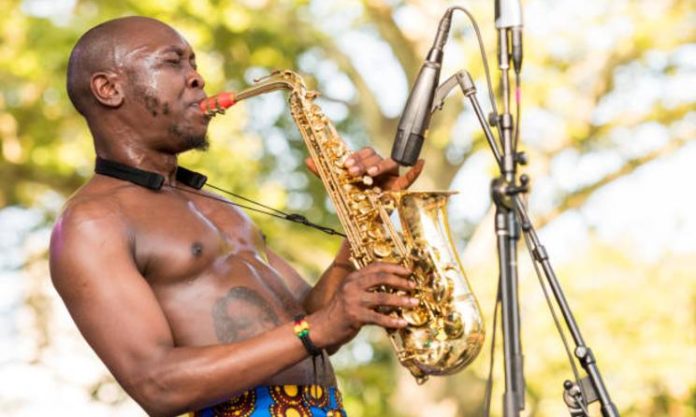 The son of Fela Kuti, the legendary anti-corruption crusader and the originator of Afrobeats, Seun Kuti has added his voice to the recent uproar in his country over the massacre of protesters demanding better living conditions.

In an interview with MzGee on 3fm’s Showbiz 927, Seun Kuti who also doubles as a musician and composer said the mess created in the country has affected the youth over the years, and now is the time for them “to come together to fight for their future” which he believes firmly that the youth would win in the end. The composer added that the battles their fighting are not just domestic problems that need to be attended to but rather a global need which ought to be given much attention.

He recollected that the current crackdown started from his father’s time where due to his constant criticism of the government his house was even burnt to ashes.

He then argued that disgruntled that the people of Nigeria ‘have never felt protected” as the government has done nothing to help them out of their distress.

Seun Kuti opined that it is about time the youth rise and get their priorities right and also continue to demand a better standard of living. When asked about his view of the address of the President, he revealed that he felt the citizens were toyed with as nothing about the brutality was addressed in the speech but rather issues relating to the security services.