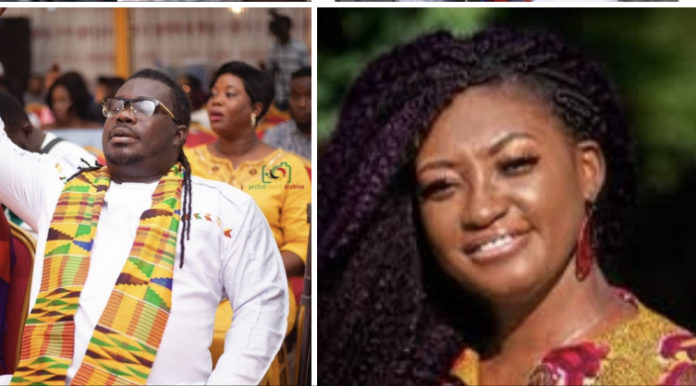 On the topic of who becomes deputy minister for the Tourism, Arts and Culture ministry, many possible names have sprung up as prime for the position among creatives.

In an interview on “Showbuzz” on 3FM hosted by MzGee, entertainment pundit and artist manager Mr. Logic believes Obour and Juliet may be well-educated and come across fit in the eyes of government per their relationship with the presidency but in reality they do not make the cut.

He describes Obour as a failure who under his eight years reign as President of the Musician Union of Ghana (MUSIGA) performed abysmally and anyone who wishes him a deputy minister for the Arts sector means evil for the creative industry.

“…Obour to me is not a man for the deputy and any industry person I see pushing for Obour to be deputy minister does not wish us well [not because he is a wrong candidate] because by his experience and achievements, he failed with MUSIGA.”

“…he couldn’t provide a book-keeping [state of the art] office for the union. The office they currently occupy is unkept. It makes one question whether or not Obour has traveled abroad before considering the sorry state of the place and question his vision.”

He shares quite a similar sentiment about Juliet Asante but in her case, she may be all strong outside, and believes she would be fulfilling the agenda of women empowerment, as well as with a very good educational background but isn’t fit for the position.

“…people may seem strong outside but inside, they know they are weak. They may come fit but within, you would realize they aren’t expertized in the field you’ve recommended them for. We need to be very careful.”

“Juliet Asante is a perfect lady, very intelligent but this job is not for her. Let’s forget the fact that it’s a state mandate.”

He also referenced Peace FM’s Akwasi Aboagye’s declaration of no interest in the position to buttress his point.

“I heard Akwasi Aboagye says he is not interested in the position – he knows what goes into it. It’s not just for anybody.”​

According to Mr. Logic, there are times the substantive minister would not be available when duty calls and as the norm, his deputy would have to represent him. He believes the deputy should be someone who falls into the two categories: one creatives are comfortable around and one with ample experience.

These categories he believes only Mark Okraku Mantey meets. He ends by saying Obour should even join in the call for Mark Okraku to be appointed deputy minister since he [Obour] knows Okraku Mantey is the best person for the office.