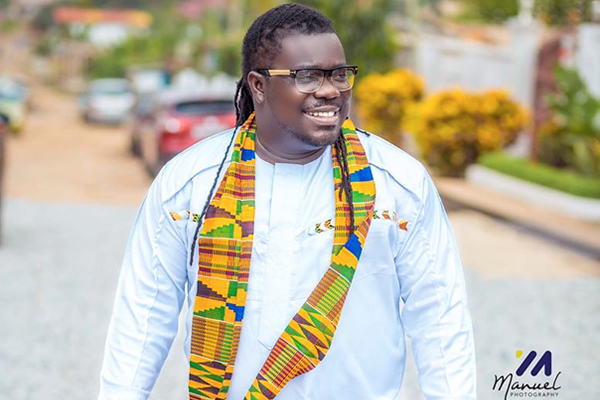 Asaase Radio reports that the appointment is in an acting capacity as it is subject to regularization in accordance with the relevant provisions of the Companies Act and the company’s regulation.

Bice Obour Osei Kuffour attended Mfantsipim School in Cape Coast from 1997 to 1999 where he obtained his SSCE certificate. He holds a degree in Political Science and Information Studies from the University of Ghana, Legon.

He received training on global leadership from the Aspen Institute in Colorado, USA and was also awarded a Certificate by the Africa Leadership Initiative and Aspen Institute for completing the prescribed course on leadership and values in July,2011.

For a period of 8 years (October 2011 to August 2019), Bice Osei Kuffour worked as the President of the Musicians Union of Ghana where he successfully energized the Union and created initiatives like the Ageing Musicians Welfare Fund (AMWEF), Musiga Academy with NAFTI, Ajumapa loans and Musiga Grandball which received patronage from all sitting president’s of Ghana during the period.

He has also held leadership roles such as Board Member of National Folklore Board, 2017 – 2021; Executive Member of International Federation of Musicians (FIM), 2013-2018; Advisory Board Member of School of Performing Arts (SPA), University of Ghana, Legon, 2013 – 2017, and Executive Director for Ghana Tourism Booster Project, 2016-2017.

He was a founding member and managing partner of Made in Ghana UK, from January 2015 till the year 2020, and has supported efforts of the company in identifying indigenous Ghanaian businesses to project in the UK.

From 2004 to 2011, he served as the chief executive officer of Family Tree Entertainment where he successfully developed the “Obour” music brand into an award winning entity.

From 2017 till date, Obour has been serving as the executive icon and tree planting program manager for the Green Republic, who are one of the originators of the Green Ghana project.

Mr Osei Kuffour has served in multiple leadership roles such as president of the Christiana Addo Memorial Foundation, 2017- Date; Board Member, Phamous Media Group 2013- 2017; Board Member of National Commission on Culture, 2018-2021.

He also serves as an executive advisor to Lynx Entertainment and Ghana Music Live.

In 2008, Obour was honoured with the State Grand Medal Award by President John A. Kufuor for his contribution to Ghana’s development through his music and public education.

From 2004 till date, he has served as project Ambassador and spokesperson for several social projects and campaigns. He served as the Stop TB Ambassador for the National Tuberculosis Control Program from 2011- 2016.

The British Council appointed Obour as a Climate Change Ambassador from 2008 to 2010. The Ghana Forestry Commission also appointed him as the National Red+ Ambassador between 2011 and 2019.

Obour is very passionate about Road Safety and has been a key and active advocate for the National Road Safety Authority(NRSA) and the Ghana Web Road Safety Campaign.

He was appointed and still remains a National Road Safety Ambassador of the NRSA, a role he has successfully occupied since 2005.