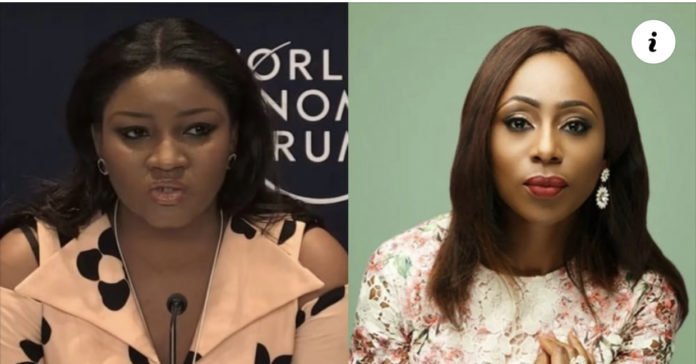 In what appears to be a revolutionary move against one of the biggest factors that influences young people to take up smoking, Nollywood actress and film maker Omotola Jalade Ekeinde and some of her colleagues have started a campaign to rid the Nigerian PG rated movies of smoking scenes.
In a well crafted visual campaign, Omotola and the rest are heard pointing out the rather huge number of young people affected by smoking and it’s debilitating effect on them with the hashtag:#SmokeFreeNollywood #tobaccofreekids.

In a nutshell this message accompanies the video:

“Tobacco kills more than 17,500 Nigerians daily. 370,000 children are smokers and 37% of smokers were influenced by movies. This is why my colleagues and I pledge to remove smoking scenes from PG rated movies and promote health warnings if we must use them. Shout out to @realomosexy @dakoreea @officialosas @ihuomalindaejiofor @kikiomeili @michelledede @etimeffiong @kayodekasum @damiorimz @antolecky @chimezie_imo and BB Sasore for lending their voices to this very important campaign. #SmokeFreeNollywood @tobaccofreekids”.

This raises the question of why Cigarettes are not totally banned?

According to the American Journal of Public Health(2008) teens who watch anti-smoking ads aimed at young people were actually 36% more likely to smoke! The tobacco industry employs insidious reverse psychology in these ads deliberately designed to get teens to smoke!

Tobacco even when used as directed kills 1/3 to 1/2 of its consumers! Smoking kills 1 person every 6 seconds meaning approx. 30 people died since I started writing this post! Agonizing, brutal and excruciating death!

They manufacture them to be addictive. In just the last few years they’ve increased the amount of nicotine in the average cigarette by 11.6% to make them even more addictive!

Recently we learnt that the tobacco companies have been adding an ammonium-based compound to cigarettes for years to increase absorption of the nicotine. It is basically the same principle used in crack cocaine!

The tobacco industry like a nest of cockroaches will always find a way to survive.

They can’t advertise on T.V but they’ve hired P.R agents to hook them up with the film industry. And it’s working because researchers estimate that smoking in movies delivers nearly 400,000 new adolescent smokers annually!

Every time you try to kill the cockroach it finds another way – it has to – because when you make a product that kills off your consumers you have to find a way to recruit new customers.

They use social and psychological profiling targetting potential smokers by gender, age etc!